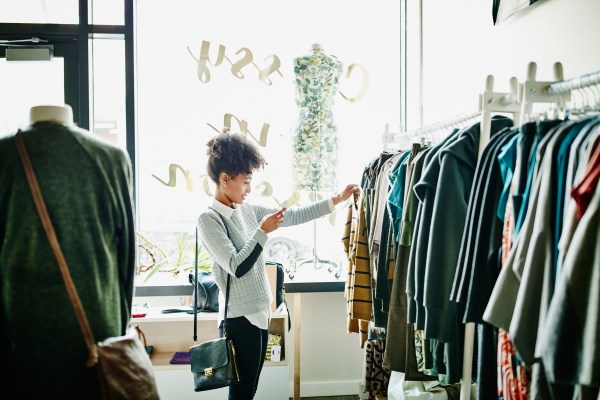 Slack set the standard in many ways for what knowledge workers want and expect out of a workplace collaboration app these days, but a lot has been left on the table when it comes to frontline workers. Today, one of the software companies that has built a popular app for that frontline crowd to become a part of the conversation is announcing a funding round that speaks to the opportunity to do more.

Yoobic, which provides an app for frontline and service workers to manage tasks, communicate with each other and management, and also go through training, development and and other e-learning tasks, has picked up $50 million.

Highland Europe led the round, a Series C, with previous investors Felix Capital, Insight Partners, and a family office advised by BNF Capital Limited also participating. (Felix led Yoobic’s Series A, while Insight Partners led the Series B in 2019.) Yoobic is not discussing valuation but from what I understand from a reliable source, it is now between $300 million and $400 million.

The funding comes at a time of strong growth for the company.

But that is just the tip of the iceberg. It’s estimated that there are 2.7 billion “deskless” (frontline and service) workers globally, accounting for no less than 80% of the world’s workforce. But here is the shocker: only 1% of IT budgets is currently spent on them. That speaks of huge opportunity for startups to build more here, but only if they (or the workers themselves( can manage to convince those holding the purse strings that it’s worth the investment.

So to that end, the funding will be used to hire more talent, to expand geographically — founded in London, the company is now headquartered in New York — and to expand its product. Specifically, Yoobic plans to build more predictive analytics to improve responsiveness and give more insight to companies about their usage, and to build out more tools to cater to specific verticals in the world of frontline work, such as manufacturing, logistics and transportation, Fabrice Haiat, CEO and co-founder of YOOBIC, told TechCrunch in an interview.

Yoobic started life several years ago with a focus specifically on retail — an area that it was concentrating on as recently as its last round in 2019, providing tools to help with merchandizing, communicating about stock between stores and more. While retail is still a sizeable part of its business, Yoobic saw an opening to expand into a wider pool of verticals with frontline and service employees that had many of the same demands as retail.

That turned out to be a fortunate pivot as the pandemic struck.

“Covid-19 had a big impact on us,” said Haiat, who co-founded the company with brothers Avi and Gilles. “The first two months we were in panic mode. But what happened was that businesses realized that frontline employees were critical to the success of their operations.”

Since Covid hit last year, he said that activity on the platform rose by 200%, and earlier this year it passed 1 million activities per month on its platform. “We are growing like crazy,” Haiat said.

There are a number of reasons why building for frontline workers is important. Roaming round without a fixed desk, spending more time with customers than looking at a screen or in meetings, and generally having different business priorities and practices are just a few of the reasons why software built for the former doesn’t necessarily work for the latter.

There have been a number of companies that have aimed to build services to address that gap — they stretch back years, in fact. And there have been some interesting moves to consolidate in the market among those building some of the more successful tools for people in the field: Crew recently got acquired by Square; ServiceMax acquired Zinc; and Facebook’s Workplace has been on a march to amass some of the world’s biggest companies as customers of its own communications platform with a strong play for frontline workers.

Haiat argues that while all of these are fine and well, none of them understand the full scope of the kinds of tools that those in the field really need. That ranges from practical features (such as a way to handle inventory management), through to features that companies would love to have for their employees as long as they can be delivered in an easy way (such as professional development and training). In that context, the basic communications that all of the current crop of apps for frontline workers offer feel like basic tablestakes.

That close understanding of the gap in the market and what is needed to fix it is one reason why the company has seen such strong growth, as well as interest from investors.

“We’re excited to partner with YOOBIC, which, thanks to the highly impressive team led by Fabrice, Avi and Gilles, has clearly established itself as a leader in the digital workplace space with demonstrable market traction and impressive growth.” said Jean Tardy-Joubert, partner at Highland Europe, in a statement. “While companies have historically focused on digital investments for deskbound employees, the world is becoming distributed and decentralized.  We anticipate a seismic shift that will see huge resources, technology, and capital shifted toward frontline teams.” Tardy-Joubert will be joining the YOOBIC Board with this round.